When I was first “coming out” as an atheist I got a lot of grief from christians telling me how hard of heart I was and how lost I must feel and crap like that, stereotypes and preconceptions.  One that hurt a lot was the claim that all the contributions to society are made by people who believe in god and atheists have never done anything to help humankind.  Now I was young and I didn’t know any better, so I looked into it.  And was astonished to find just how many famous people are atheists, skeptics, non-believers or people who don’t believe in a personal god.  I’ve been wanting to do a blog listing many of them (there are far too many to make a complete list of even just the famous ones), but here are some examples of people you wouldn’t think were atheists, some of whom you might actually like and respect.

“I’m an atheist, and that’s it. I believe there’s nothing we can know except that we should be kind to each other and do what we can for each other.”

You… you may say I’m a dreamer,
but I’m not the only one
I hope some day you’ll join us
And the world will be as one”

“No, I’m an atheist. But I absolutely love religions and the rituals. Even though I don’t believe in God. We celebrate pretty much every religion in our family with the kids. They love it, and when they say, Are we Jewish? or Are we Catholic? I say, Well, I’m not, but you can choose when you’re 18. But isn’t this fun that we do seders and the Advent calendar?” 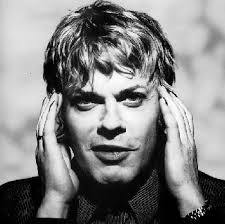 “I used to be an agnostic and now I’m an atheist. I’m all for spirituality and I think there’s a lot of religious people who’ve got a certain something. And I believe in us. I don’t believe in God. I believe in us, human beings. But if God was there, I think the first line of the Bible should be: It’s round. Looks flat, but it’s round. Yeah, it spins. It’s like a big football, but… Oh, it’s very complicated. Imagine you’re an ant on a football and you’re spinning, but you can’t feel it. Shit, shit, shit. Sorry about the slavery. Couldn’t get the staff. They seemed to like it. Shit. All right, forget this bit. Right. In the beginning was the Word. Don’t you think… If there was a God, don’t you think he would have flicked Hitlers head off? Don’t you think? You know. Oh, “I’m not allowed to do anything.” Well, fuck off then. If you’re not allowed to do anything then what’s the use? Just piss off, and stop asking us to mumble things on Sundays. “Please, could you possibly mumble positive things towards me on a Sunday in the coldest buildings you can find? Please, get some of your senior citizens to wear cakes on their heads. And to mumble ridiculously positive things about me.” No. He should have just flicked Hitlers head off.”

“It seems to me that the idea of a personal God is an anthropological concept which I cannot take seriously.  I also cannot imagine some will or goal outside the human sphere…  Science has been charged with undermining morality, but the charge is unjust. A man’s ethical behavior should be based effectually on sympathy, education, and social ties and needs; no religious basis is necessary.  Man would indeed be in a poor way if he had to be restrained by fear of punishment and hope of reward after death.”

This is a speech Adam gave at harvard on the subject, too long to post here but very much worth reading.

“If every trace of every single religion were wiped out and nothing were passed on, it would never be created exactly that way again. There might be some other nonsense in its place, but not that exact nonsense. If all of science were wiped out, it would still be true and someone would find a way to figure it all out again.” – Penn

“I’ve always had sort of an ironic view of life,” the 75-year-old Shatner said. “My belief system is that when this is over, it’s over. That you don’t look down from heaven and wait for your loved ones to join you. There may be some soul activity, but I’m not sure about that. But what I am sure about is that your molecules continue and in due time become something else. That’s science.”

And countless more (list), these are just a small somewhat random smattering.  Google “famous atheists” and you will be astonished at the results.  Everyone from Abe Lincoln to Angelina Jolie.  And most of the best scientists of the last century and a half.  And the person who made the largest charitable donation in history.  And who founded the 4th largest transparently operated charity in the world, and the guy who beat NFL recruiters and their multi-million dollar contracts away with a stick to join the army and fight the taliban after 9/11.  And lots and lots more.

I read a blog the other day promoting bigotry against anyone who isn’t christian, saying what a horrible place the world would be without christianity in it and I guess it opened some old wounds, so I did this blog.  And no I’m not saying atheists are better than anyone – some of us are wonderful and horrible and everything in between like any other group of people.  I’m just sick of the idea that christians are the only human beings and everyone else are just degenerate animals.  I don’t even think most animals are as bad as some theists make atheists out to be.