I’ve been blogging about racist blogs about obama in the knee-jerk crazy reaction to the election (I see them every time I log into xanga).  This time however the racist blog in question has nearly 3,000 hits (only 2 recs and 1 “like” on facebook) and is featured on datingish.  It starts out with the typical conservative bullshit about obamacare being “rammed down our throats”, obama “apologizing” for america and assorted other fictions, then it says this:

“Romney was like the nice, intelligent, clean-cut guy who gives a certain woman a lot of attention, places her on a pedestal, and makes her feel like a princess…  Obama, on the other hand, was the unstable, abusive bad boy who doesn’t give a damn about the women he dates, and even inflicts physical and verbal abuse.  Not a good person to even stand near, but most women are attracted to said guy and will even cheat on their nice boyfriends for this guy regardless of how much he has abused them.   With that said, I believe a lot of women were using the same rationale they use in relationships, and that is not only unfortunate but dangerous.”

Ironically romney was an actual bully who cut a gay student’s hair while he cried and begged for mercy while others held him down and ruined countless employees’ lives and stole their pensions, but hey.

Clearly obama is a violent, abusive womanizer.  I mean look at his wife: 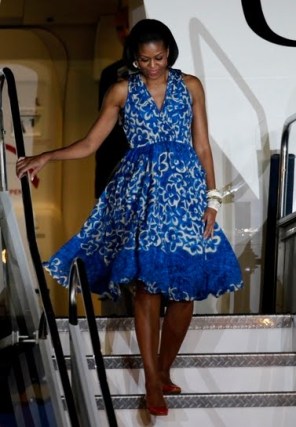 Every time you see her she’s black and blue!

19 Responses to Another Racist Anti-Obama Blog (Featured On Datingish).